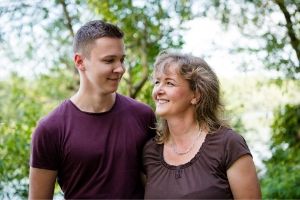 If your estranged adult child once gave you a greeting card addressed to #1 Mom or Dad, you might be confused. How did you go from being the best parent ever to being rejected by your child?

It happens. The child who won’t return a parent’s texts today is the very same one who wrote or said the following kinds of things in the past:

“I’m so glad you’re my mother/father.”

“You’ve always been there for me.”

“I’ll always be there for you.”

What changed between then and now? And when? And why?

The answer may be that there hasn’t been quite as much change as it seems.

There are essentially two reasons why children write beautiful words to parents they’ll later reject. And these reasons can overlap.

1. The child perceives a need for validation in the parent.

Many children say what they believe their parents want to hear, especially at times when it’s traditional to express affection – think Mother’s Day and Father’s Day.
The message may be, “You’re a terrific parent,” “I’ll never stop needing you,” or variations on these and similar themes.

Whether consciously or unconsciously, children heading for estrangement may express these sentiments out of self-preservation, kindness, or both.

If children fear the loss of parental love, self-preservation will drive them to try to please the parent as much as possible.

Parents don’t have to be mean or abusive for children to fear the loss of their love. Children are naturally attuned to how their parents feel about them, and some have less confidence than others in their own worthiness.

If the child is sensitive and kind, he may simply wish to soothe the anxiety or sadness he senses in the parent. Saying what he thinks the parent needs to hear is an act of compassion.

Both self-preservation and kindness may be in play when children offer parents glowing words of adoration, gratitude or praise.

2. The child is ambivalent.

She may believe every word she said in those heartfelt cards and letters. But she also needs space. She’s torn between genuine love and appreciation for the parent, and … something else.

The “something else” could be an uncomfortable sense of obligation that leads to frequent feelings of guilt.

It might be an unfulfilled desire to really be seen by the parent as a separate individual.

It could be an accumulation of hurt feelings from perceived parental criticism, abandonment, or rejection.

In any case, the words were true, but so are the thoughts and feelings that are now fueling estrangement. Both can be true at the same time.

Like many important aspects of life, your child’s feelings toward you aren’t uniform or tidy. Their feelings and attitudes may vary, they may ebb and flow over time, and competing thoughts and feelings can always coexist.

Some of This Is Normal

I spoke to a friend recently who became estranged from his parents in his late 20s. Though he later reconciled (he’d just needed some space to become his own person), he marvels at the loving cards and letters he sent when he first traveled abroad during college.

“I expressed undying affection for them in those letters from abroad,” he told me. “They must have been so confused when a few years later, they couldn’t get me to come visit anymore.”

Like many estranged adult children, my friend had deep ambivalence toward his parents. He loved them, but at a certain point he needed distance from them.
Consequently, he spent several years dodging requests for connection before eventually finding himself more willing to engage.

More than 20 years later, he still isn’t sure exactly why he needed that space. He’s just glad he eventually reunited with his parents before it was too late.

In time, if she keeps growing, your child’s ambivalence may also resolve toward reconciliation. If she has specific complaints about your relationship, you can work on understanding how to address those effectively while you wait. Your child doesn’t need to be available in order for you to do that work.

It may help you to know that people who are emotionally healthy do tend to have mixed feelings, not just all positive or all negative ones, toward their parents. This balanced view is the result of maturity and emotional healing.

Viewing one’s childhood as perfect, or, on the other hand, refusing to acknowledge anything positive your parents ever did, is associated with insecure attachment and poor relationship outcomes.*

So there’s nothing inherently weird or unhealthy about your child who once said, “You’re the best” now saying, “Don’t call me.” As with my friend, it may be simply a phase along the path toward maturity and, eventually, empathy.

This article was featured in our monthly newsletter. If you’re a Reconnection Club member, feel free to leave a comment in our General Discussion forum.

Members have access to helpful courses, workshops, downloads and expert interviews along with our friendly, private discussion forums. Learn more about the Reconnection Club.